Steve will be staring as Ean in the new original Hallmark film “The Christmas Cottage” which is based off the novel by author Samantha Chase. The movie premieres Sunday, December 9th at 9PM on the Hallmark Movies & Mysteries channel.

You can find the official promotional photos and production stills from the film in the gallery now along with the official press release with the film’s synopsis below! 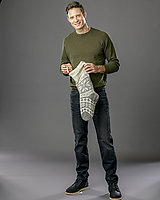 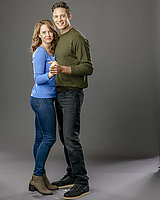 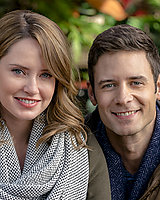 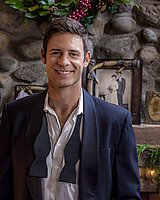 Taking a rare break from her career designing modern buildings, Lacey (Patterson) travels to her friend Ava’s (Wilson) Christmas Eve wedding. Though her business partner and boyfriend Roger (Zinck) is concerned about her taking time off right before an important sales pitch, Lacey promises to work in between her maid of honor duties. While at the wedding events, Lacey reconnects with her former flame, Ean (Lund). The two decorate the cottage where the newlyweds will spend their honeymoon – a cottage said to bring true love to anyone who stays there – and feel their chemistry return. When Ean confesses his feelings for Lacey, though, she is unable to acknowledge her own. Heartbroken, Ean takes a job in Finland, and plans to leave Christmas day. As Christmas approaches, Lacey sees the sharp contrast between Ean’s family values and Roger’s sole focus on work, and must decide if the professional goals she shares with Roger or the connection and history she shares with Ean are more important in a lasting relationship.

“The Christmas Cottage” is a Cabin Productions Inc. production. Paul A. Kaufman, Joey
Plager, Sean Williamson and Jamie Goehring are the executive producers. John MacCarthy is the
producer. Paul A. Kaufman directed from a script by Claudia Grazioso.

The Canadian actors will play a police morality officer, a morgue attendant and a boxer, respectively.

Set in the 1920s and starring Lauren Lee Smith as Toronto’s only female detective, the show will debut on CBC and at cbc.ca/watch on Nov. 6.

The series follows Drake Private Detectives as they take on cases the police don’t want to touch and promises to explore every cross-section of Jazz Age Toronto.

It was created by Carol Hay and Michelle Ricci, who have written and produced for Murdoch Mysteries. Cal Coons, another Murdoch vet, is the showrunner.

Production is underway in Toronto and southern Ontario until late October.

Taylor Cole and Steve Lund Star in Hallmark Channel’s ‘THE ART OF US’, Premiering 5/20

“The Art of Us” is a modern retelling of “My Fair Lady.” Dr. Harper Higgins (Cole) is determined to land a tenured position at Boston College, and she is counting on curating a big art gallery at the university to do so. But when Higgins loses her showcase artist and can find no one else, she turns to her recently hired dog walker Tom Stone (Lund) who, unbeknownst to anyone, is a very skilled painter. Transforming Tom into a credible, respected artist is going to take work, but Dr. Higgins feels up to the challenge. The only complication comes when professor and artist fall for each other during the charade and risk being outed by a competing professor.

“Taylor Cole and Steve Lund radiate the screen and we have no doubt they will create a masterpiece together with ‘The Art of Us,'” Vicary concluded.

“The Art of Us” is an Art of Us Films Inc production. Howard Braunstein and Sydell Albert are executive producers. Christian Bruyere is producer. Kristoffer Tabori directs from the teleplay by Karen Berger, based on the book by Teri Wilson.

Bitten: 3×02 ‘Our Own Blood’ Episode Synopsis

The second episode of Bitten season three will air on February 19th.

Elena struggles to deal with a new discovery about her past. Clay readies Stonehaven for a possible attack from the Spanish by calling in new Pack members. Little does he know that one of them is a traitor. Meanwhile, Jeremy and Nick find a clue at the Spanish hideout that ultimately leads to them rushing back to Stonehaven.

I’ve added episodic stills of Steve from season three premiere episode of Bitten into the gallery. 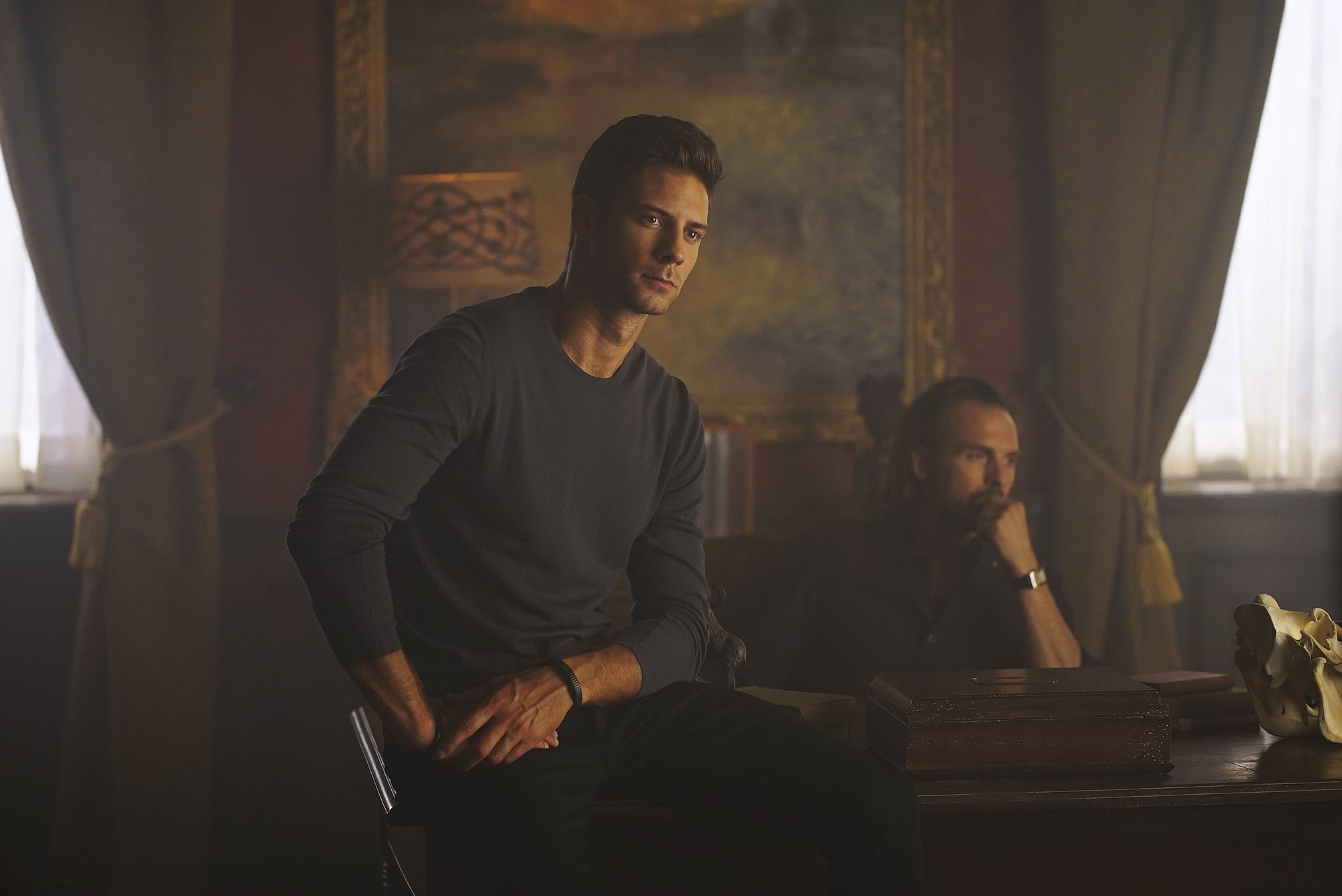 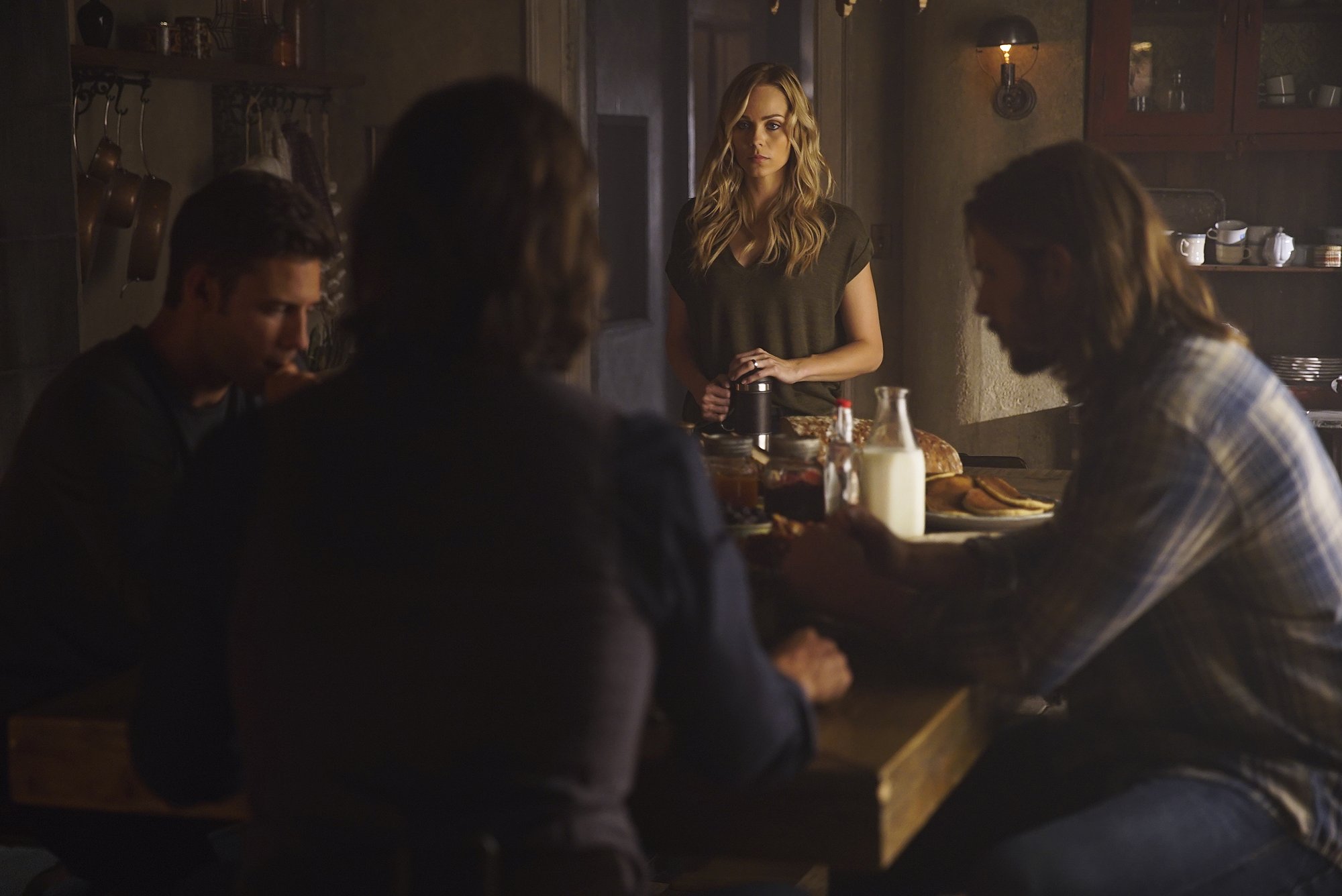 In order to solidify his power, a war hardened Jeremy has tasked Elena, Clay, and Nick with recruiting all North American Mutts into The Pack. But, when an unknown werewolf sniper takes a shot at the Alpha, The Pack must adjust course to track down those responsible. Meanwhile, Elena is accosted by a mysterious stranger who challenges her with a shocking claim.

Christmas Incorporated will premiere on November 15th on The Hallmark Channel!

Riley Vance is given the job of a lifetime just before Christmas: working as William Young’s personal assistant at Young Industries. It could not have come at a better time since she was about to move back home if she couldn’t find a job. However, when she realizes that she was hired after a case of mistaken identity, she is forced to keep the truth a secret or she risks losing her job. If she loses her job, then the town she’s trying to convince William to save could lose everything. With only a few days until the holidays, Riley decides to stay quiet until she can save the town even though she is getting closer to William himself. 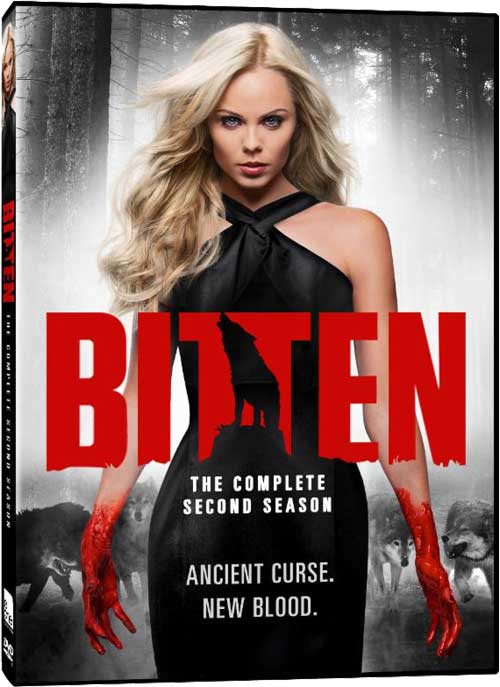 In 2014, Syfy introduced genre audiences to Elena Michaels (Laura Vandervoort, SMALLVILLE, Ted), the world’s only female werewolf, in BITTEN, a steamy, emotionally charged supernatural series based on the novels by New York Times best-selling author, Kelley Armstrong. Now, this July, Entertainment One conjures up BITTEN: THE COMPLETE SECOND SEASON in a loaded 3-disc DVD set, featuring all ten thrilling, unedited episodes, along with a collection of howlingly good bonus features.

Congratulations to the cast and crew, as well as us fans! Great news! Can’t wait for season three!

As announced earlier today by BITTEN star Laura Vandervoort on a special, on-location edition of THE SOCIAL from Disneyland, Space confirms that it has ordered a third season of its most-watched original series ever, BITTEN. Based on the best-selling series of novels by Kelley Armstrong and produced by No Equal Entertainment, Entertainment One Television (eOne), and Hoodwink Entertainment, Season 3 sees the return of genre icon Laura Vandervoort (SMALLVILLE, Ted) as Elena Michaels; Greyston Holt (ALCATRAZ, DURHAM COUNTY) as Clayton Danvers; Greg Bryk (A History Of Violence, ROOKIE BLUE) as Jeremy Danvers; Steve Lund (BEING ERICA, HAVEN) as Nick Sorrentino, and Genelle Williams (WAREHOUSE 13) as Rachel Sutton. Viewers who have yet to join The Pack can stream BITTEN Season 1 on CraveTV right now. Season 2 of BITTEN will air on CTV Saturdays at 10 p.m. ET, beginning July 4.

“BITTEN is a great success story for Space,” said Tracey Pearce, Senior Vice-President, Specialty and Pay, Bell Media. “It’s been extremely gratifying to witness the series build such a passionate and dedicated international fan base. Congrats to the cast, crew, and our partners No Equal Entertainment, Entertainment One, and Hoodwink Entertainment. We look forward to yet another great season of this killer series.”

“We are extremely excited to be headed back into production for a third season and are so proud of our success on Space,” said J.B Sugar, Executive Producer, No Equal Entertainment. “We couldn’t do it without the continuing support from Bell Media and our incredible fans in Canada and around the world.”

“This is a tremendous achievement which wouldn’t be possible without our talented cast and crew and Space’s unwavering support of the series,” said John Morayniss, Chief Executive Officer, Entertainment One Television. “Alongside No Equal Entertainment and Hoodwink Entertainment, we are thrilled to continue this incredible journey and looking forward to sinking our teeth into what’s sure to be another nail-biting season.”