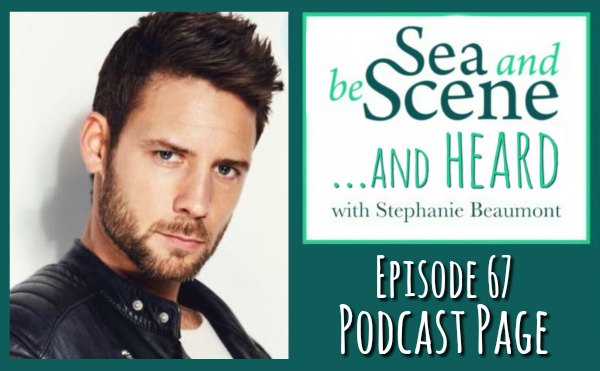 Sabsah.Libsyn.com — One things for sure – we at SEA AND BE SCENE have certainly enjoyed watching today’s guest over the years – from guest starring on shows like HAVEN, Reign and Frankie Drake Mysteries to starring roles in shows like the SyFy smash BITTEN and all kinds of truly romantic leading roles for the Hallmark Channel – Nova Scotia born actor STEVE LUND has given us plenty to celebrate over the years. So you can imagine how thrilled we were to hear he’ll be starring in the forthcoming CBC series STREET LEGAL – indeed the mega award winning long running drama is returning to prime time TV Starting Monday, March 4 and once again starring Cynthia Dale as the always fierce Olivia Novack but this time she’s got a a brand new team of lawyers to practice with and face off against – Steve Lund will star as the brash young lawyer Adam Darling – So we’ll talk about that new project and so much more – including what hockey brought to his life, his stance on social media and his great respect for the fans. We’ll also play an enlightening round of Insights IN 10 and get to first things first. BUT FIRST i gotta tell ya this whole interview was a first for SEA AND BE SCENE… AND HEARD now given the nature of this show and the crazy busy career of my guests so often in lieu of the ideal sit down we catch up over the phone – that’s not new – the fact that the guest was calling me – all the way from the tip of the southern most tip of the African Continent… that my friends is a first! Here’s my super-far, transatlantic phone call with the one and only Steve Lund.