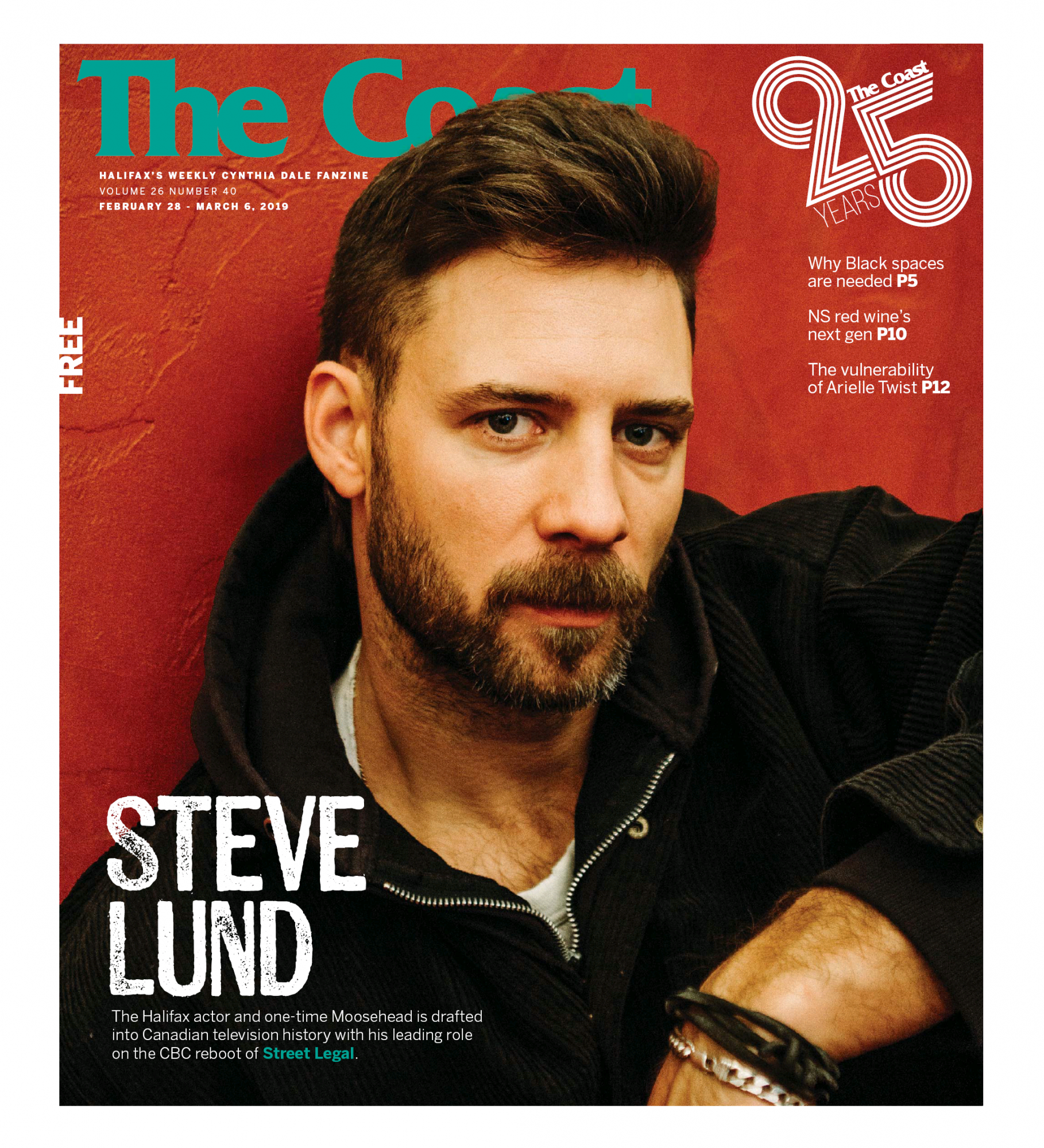 TheCoast.ca — Steve Lund is a cliche. At first glance Lund seems about as rare as a three-leaf clover, or a piece of hay in a haystack. A Steve, after all, is just a variation on a Chris, a Ryan or, heaven help us, a Tom. A Steve is exactly who you’d expect to fall in love with a Sandra or an Emma. A Steve drives fast cars, flies to the moon, works for the CIA or gives Hitler a sock on the jaw. A Steve is unquestionably the lead actor in a CBC legal drama. But here, in his own words, is the thing that sets Steve Lund apart: “I still to this day never feel more myself, never feel more comfortable or more able to access more of my entire being than when I am on set.”

If you just look at Lund, it would be as easy to make him the new Batman as it would be to shrug him off as “that guy from Bitten” while paying him $40 for a photo at a fan convention. He’s tall, he’s white, he’s handsome. He has all the ingredients to fall up a ladder and into a Cinematic Universe or up a totally different ladder into 20 years of Supernatural.

Lund grew up in Manor Park and Halifax’s south end. His first acting role was the role of Banzai, a hyena in a production of The Lion King at Shannon Park Elementary School. He was in grade four. “I think I stole the show,” he says. His voice warms with humour whenever he talks about his family and childhood. He has two sisters, one older and one younger. “I’m the jelly in that doughnut.” He liked to dress up as Indiana Jones. “I had the hat; I had the whip; I had the cap gun; I had the leather jacket. Oh yeah. I even had the satchel. I believe it is still in a birch tree in Dartmouth.”

In grade five, Lund was cast in Jafar in what sounds like a Guy Ritchie production of Aladdin, but the play was cancelled. “It was going to be my big break, for sure,” he claims, obviously serious. That play’s cancellation dovetailed with his first year of rep hockey. (Competitive minor league hockey that is more competitive than community-based house league.) “It all kind of fell into place before I really realized or had made a conscious decision and eventually hockey was everything. It was my entire life for a very long time.”

Lund, who says he is “not a natural athlete” with the same breeziness of Tyra Banks saying she was an awkward tween, was picked fifth overall in the 2005 Quebec Major Junior Hockey League draft. He played defense for the PEI Rocket (now Islanders) and Halifax Mooseheads until 2008. A series of concussions (“I was living in a fog for most of the year. It was really awful”) and a sucker-punch at a pick-up game (“It was really bad, I was lying unconscious in a pool of my own blood at centre ice while someone called the ambulance”) made him realize maybe a 19-year-old shouldn’t be facing the end of a career, but instead begin one. So he left the sport. 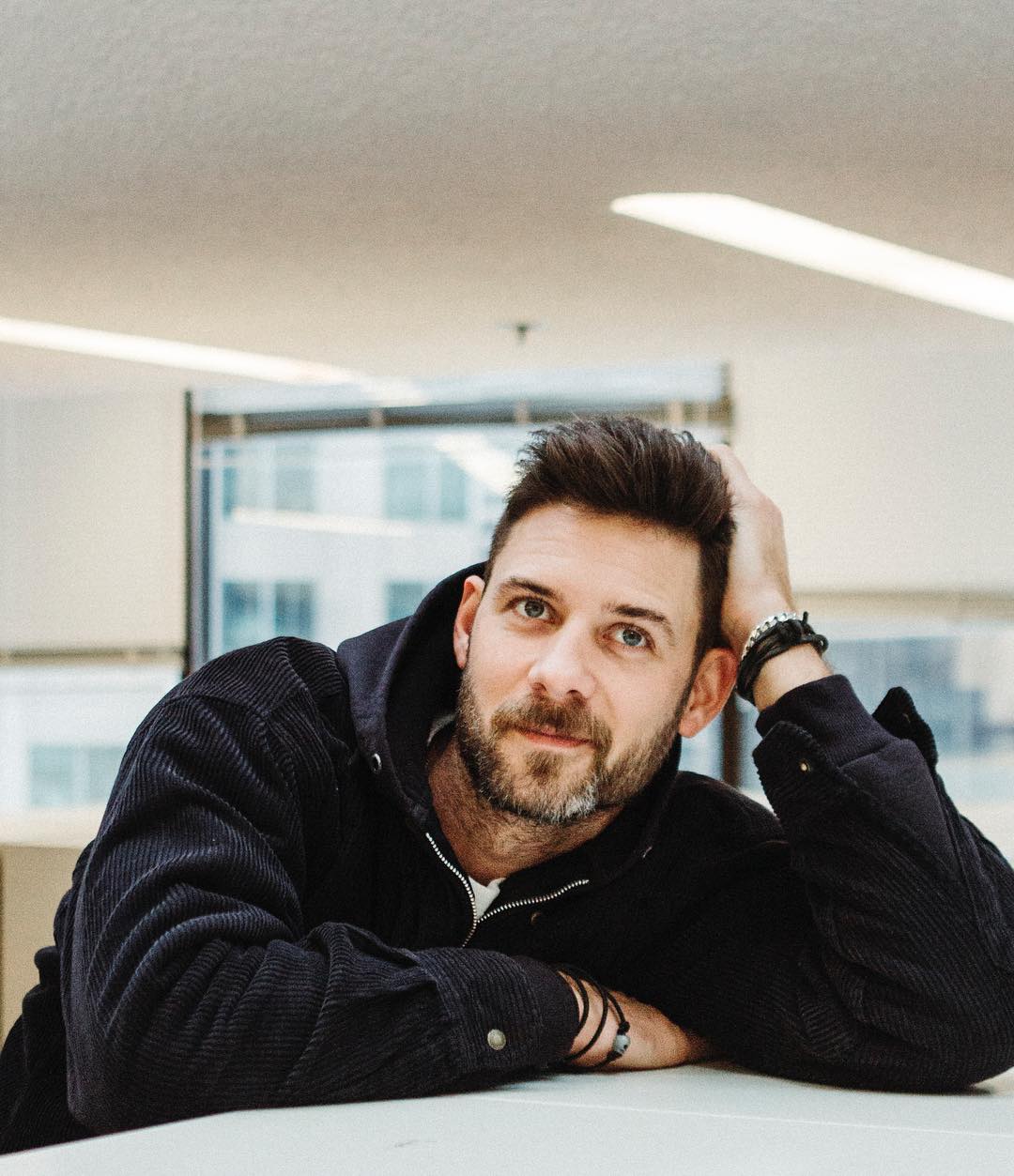 He started looking for acting opportunities before giving the Mooseheads notice of his intent to leave. “I was scheming behind closed doors,” he says. With the help of a family friend, he managed to nab his first audition for a local production in the off-season. He did well and got a callback for the next day (“I’m thinking, ‘I’m getting this job! I’m going straight to the top! This is my big break! This is going to make for a great A&E documentary someday!'”), he read again the next day (“I’m like, ‘Where do I sign!'”), he didn’t get the part. But he did immediately decide to go to film school.

He is the first to admit that the broad strokes of his decade long acting career is pretty boilerplate. “I started off you know with five lines here, fives lines there. And then I moved to 10 lines here, 10 lines there. And then all of a sudden it turned into multiple episodes and then a recurring role,” he says. “It’s not like I was taking one step forward, two steps back sort of thing. It felt like I was steadily going in the right direction.”

It was a regular role on Haven that Lund says finally made him feel like he got to the point where acting wanted him as much as he wanted it. It was the job that let him finally quit his second job as a waiter. “Totally cliche,” says Lund with a laugh. “And it’s so cliched that the conversation that I had was like ‘You know what, I quit. Love you all but I’m going on to bigger and better things!’ I was really taking a risk. There was a very large part of me that was like oh shit I may come to regret this someday, speaking this way, like ‘I’m off to the big time, baby!'”

He was, in fact, off. Since then, Lund has played everything from a doctor or a bartender to a werewolf and an Elizabethan courtier. (“Actors will tell you is that they want to do everything. Another cliche!”) He worked on Schitt’s Creek. (“To work with such patient and wonderful and conscientious and compassionate and hilarious people and then to see them getting all the accolades that they are getting…I can’t say enough positive things.”) He made several Hallmark Christmas movies. (“Oh god,” he says with a laugh that devolves to just the ugh, “I try my best.”) Last year he had 36 auditions in 21 days. (“I feel like I’m in the mix, which is a nice feeling.”) And now he is a lead on CBC’s new Street Legalseries, premiering March 4.

It’s not surprising that he’s found success. Lund is a natural. He’s loose-limbed and obviously appealing, and even with the leading man jaw his face is delightfully elastic. He can emote on inhale or exhale, and radiate intensity just standing in frame. His eyes are a shade of blue that seems to have been developed by lighting directors. You know that blue. The kind of blue that shafts of light cut through like crystal and shadows can sink into deep pools.

What is perhaps most important, though, is what Lund is able to telegraph with those eyes which always seem to twinkle with some kind of perception or reception. He is never a blank slate. And that easy access to emotion, along with a relaxed expression of gender and comfort with gazes both male and female, gives him a very modern kind of charisma and a masculinity that doesn’t feel at all toxic. It’s that spark.

Lund was five years old in 1994 when the last episode of Street Legal, which started in 1987, aired. He has never seen an episode. “I did not know what the hell it was when the audition came,” he says.

Street Legal was Canada’s equivalent of LA Law, right down to having its own Smits. (They had Jimmy, we had Sonja. Sex appeal had a stalemate.) The show is, in its own way, as iconic as Degrassi, but having never been digitized it is beyond the reach of YouTube and in a post-Fast and the Furious world, it is almost beyond even Google. There are no real touchstones for those who haven’t seen it, and hazy memories of boxy suits and the vague echo of a saxophone for those who have.

And verb they do on the new show: Beg, worry, spurn, support, devastate, ease, provoke, pursue, manipulate, inspire, hurt and help. Professionally and personally they prosecute and pardon, exonerate and condemn. It’s a good show.

Dale, who is not just the star of the new series but also a producer, was deeply involved in casting Lund and his costars Cara Ricketts and Yvonne Chapman. “I remember the first time Steve ever walked in I was like ‘Yep! OK, that’s it’,” she says. “He has this well, his instrument is so open. And I’ll tell you this: By episode six he frigging walks away with the show. He’s the one who brings it home at the end. He really does. And it’s really, really beautiful to watch.” 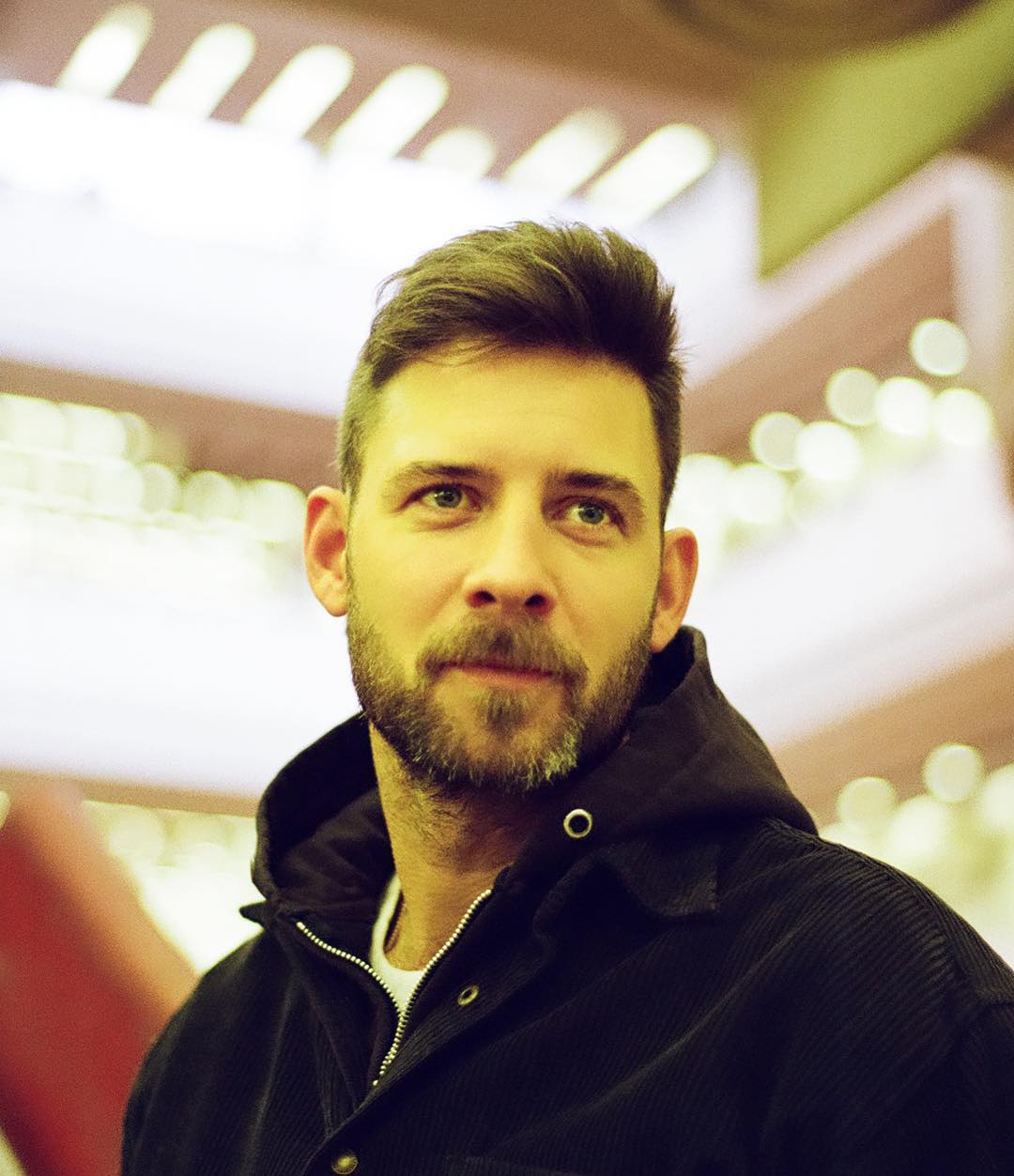 Lund’s character, Adam Darling, has “shouldered such a heavy burden to carry,” says Lund. “Not necessarily demons, but things sort of grab at him that weight him down.” The character is the emotional animus that propels an opiate addiction storyline. The show itself is actually quite deft at defying some gender conventions, giving masculine and feminine attributes and roles to characters in ways that still feel fresh even if they ought not: Mentors are women, sensitive children are men, multi-dimensional addicts are women, scorned and vengeful lovers are men.

“I don’t think he’s ever done anything like this,” Dale says. “Some actors grow as actors from the head up, but he grew sort of from the head down. His well got deeper and deeper and deeper. I think it helped having Tom McCamus and Rosemary Dunsmore to work off of. You can’t help but not be affected by that.”

“Never before have I felt so small and so out of my element, out of my league,” Lund says about working with Dunsmore, who gives an absolutely shattering performance as a woman in the grips of addiction. “And that’s such a beautiful humbling experience to have while undergoing this thing that will, you know, undoubtedly put me a lot more on the map. It’s very important for me to stay rooted in the fact that I know nothing and I have done nothing and I am nothing.”

He laughs. It’s the kind of laugh that belies itself and says “I’m serious.”

He doesn’t like to watch his own work. “It can be painful for me,” he says. “I know, I know, I am just littered with cliches.”

That’s definitely what it looks like. But just watch.