For those who didn’t know, Steve took part of a short film last year titled Affection which he also helped produced. The film is about a woman that has been fighting with self-doubt all her life with nowhere to call home until she’s faced with a conquest that results in something much more, thanks to her facing a raw feeling she’s rarely faced before: affection.

The short film was written and directed by Tricia Lee who had this to say when asked about the casting of the film in an interview with IndieActivity.com

indieactivity: Did you start writing with a cast (You or any) in mind?
Tricia Lee: I did not have anyone in mind when writing. I like the characters to grow into who they want to be on the page before inhabiting them in a body and giving them a face. I am not an actor, so it definitely would not be me starring in it! But I did find the perfect people to play the characters of Laina and Tyler.

Steve Lund had an older look than I had originally conceived the character to be but when his agent sent his portfolio to me, I knew immediately that I needed to change the role to fit him. I wrote Steve a personal letter to convince him to be in the film and he wrote me back the sweetest letter, accepting. I later found out that he had written the letter without even reading the script! You would recognize Steve from Bitten, Reign and Schitt’s Creek.

You can watch the 9 minute short film below, in addition to the HD screen captures in the gallery now.

Disclaimer: This film is NSFW at the beginning. 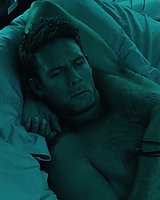 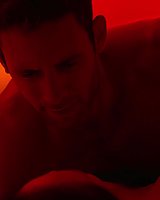 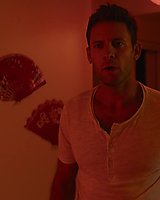 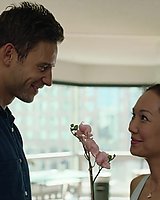