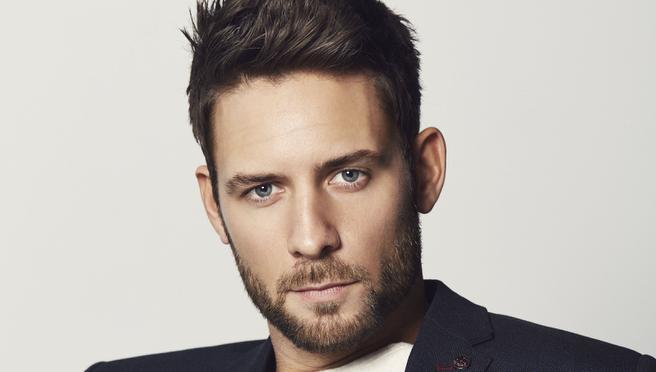 When he began appearing on The CW period drama Reign, Steve Lund felt relief that his 15 auditions weren’t for naught.

“I’d like to think I get to choose my roles and have an array of opportunities, but in this case I auditioned numerous times,” he said.

“I got an offer for a role in the fourth season, and at first it was only three episodes, but it became recurring. I was just happy they recognized my abilities as an actor.”

As it turns out, news of Reign’s cancellation meant this would be Lund’s last chance to be on the popular series.

“My character Luc was a good guy, but there was potential for danger given his family history. I could sway viewers one way or another, and there was always a thought I may go against the order,” he said.

“There was a little smirk behind every line. And any time you get to be part of a period piece, it’s a ton of fun. I had a costume, an accent, dance routines and you got to hang out in a castle every day. It’s not a bad way to earn a paycheque.”

“We went out with a bang, and we sort of realized it couldn’t get better and ended appropriately. I wasn’t terribly miffed (about the cancellation), but when you develop these relationships, you want to wrap up and do it all justice.”

Lund has been met with success on Netflix, where his appearances in Hemlock Grove and Blue Mountain State are readily available.

“There’s sort of a legitimacy to being on streaming, because if I meet someone and they ask where they can see me, I can point to Netflix,” he said.

He speaks about Hemlock Grove — in which he appeared in two episodes as a bartender — and though he didn’t meet star Bill Skarsgard, he sure is amped for the young actor’s next project.

The actor, from a famous family including Marvel universe actor Stellan and brother, True Blood alum Alexander, is set to hit the big screen as Pennywise, the terrifying clown in a remake of Stephen King’s novel IT.

“My friend from the show knows him very well, and all I’ve ever heard is that he has so much potential. I’m really excited for the movie. I think he’ll do a fine job,” said Lund, speaking on the role immortalized by Tim Curry in 1990.

Lund was also a regular in television shows Haven and Bitten, and says the latter was his most significant role to date.

“Being a series regular far surpassed any undertaking I’d had previously, and it challenged me in so many ways.

“It was amazing carrying a storyline for three seasons,” he said.

“I was the youngest in the cast, and there was a family dynamic born on day one. I couldn’t imagine a better legit first gig.”

Lund has also tried his hand at comedy, with a three-episode arc in the CBC hit Schitt’s Creek. He had nothing but praise for his co-stars.

“It was one of the most peculiar, unique and entertaining experiences of my life.

“When I met (star) Eugene Levy, it went precisely how I envisioned.

“For the entire length of our conversation, he would not stop combing his eyebrows with his hand,” said Lund.

“We’re having this serious conversation about the script and he’s just stroking those newborn caterpillars above his eyes. I got to sit between him and Catherine O’Hara at our first table read, and they’re so good they make acting look effortless.”

Lund plays a romantic interest for Levy’s son Dan — also a show co-creator with his father — and says he was taken in by the younger Levy’s drive and passion.

“Representation of LGBTQ people on television should have been happening long ago.

“We need to take pride in telling worthwhile tales and doing them justice. It shouldn’t be such a big event to have gay characters on TV, but hopefully one day seeing same-sex relationships will just be an afterthought,” he said.

“His character David is described as pansexual — the ability to be attracted to people regardless of their sexuality or gender identity — and that was the word used to describe my character.

“It was an honour to lend my talents to a really relevant show and topic.”

Though he now acts for a living, Haligonians might remember Lund as a Halifax Mooseheads star, where he played with Boston Bruins bruiser Brad Marchand during his tenure.

It was hockey injuries that ultimately led to his move to acting as a career option.

“Acting had stayed dormant for so long because hockey was so big in my family.

“I wanted to be an actor when I was young, and did some stuff at the Neptune Theatre. My family also did commercials,” he said.

He had a growth spurt one year and his father put a hockey stick in his hand.

“But at 18, I had a number of concussions, and this dream kept coming to the forefront.

“I’ve been fortunate that I’ve been able to be successful at something I truly love.”